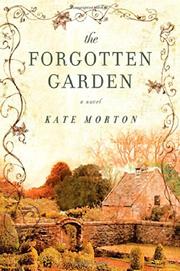 A four-year-old girl abandoned aboard a ship touches off a century-long inquiry into her ancestry, in Morton’s weighty, at times unwieldy, second novel (The House at Riverton, 2008).

In 1913, Hugh, portmaster of Maryborough, Australia, discovers a child alone on a vessel newly arrived from England. The little girl cannot recall her name and has no identification, only a white suitcase containing some clothes and a book of fairy tales by Eliza Makepeace. Hugh and his wife, childless after several miscarriages, name the girl Nell and raise her as their own. At 21, she is engaged to be married and has no idea she is not their biological daughter. When Hugh confesses the truth, Nell’s equilibrium is destroyed, but life and World War II intervene, and she doesn’t explore her true origins until 1975, when she journeys to London. There she learns of Eliza’s sickly cousin Rose, daughter of Lord Linus Mountrachet and his lowborn, tightly wound wife, Lady Adeline. Mountrachet’s beloved sister Georgiana disgraced the family by running off to London to live in squalor with a sailor, who then abruptly disappeared. Eliza was their daughter, reclaimed by Linus after Georgiana’s death and brought back to Blackhurst, the gloomy Mountrachet manor in Cornwall. Interviewing secretive locals at Blackhurst, now under renovation as a hotel, Nell traces her parentage to Rose and her husband, society portraitist Nathaniel Walker—except that their only daughter died at age four. Nell’s quest is interrupted at this point, but after her death in 2005, her granddaughter Cassandra takes it up. Intricate, intersecting narratives, heavy-handed fairy-tale symbolism and a giant red herring suggesting possible incest create a thicket of clues as impenetrable and treacherous as Eliza’s overgrown garden and the twisty maze on the Mountrachet estate.

Murky, but the puzzle is pleasing and the long-delayed “reveal” is a genuine surprise.