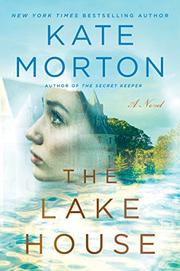 A suspected kidnapping, a once-proud manor house, and a disgraced police officer all figure in Morton’s latest multigenerational Cornish saga.

In 2003, Sadie is put on administrative leave from her post with the London police force for getting too involved in a child-abandonment case. She retreats to her grandfather’s house in Cornwall, and there, while jogging, she happens upon the ruin of what locals inform her is Loeanneth, the ancestral lakeside manse of the deShiel family. The story ricochets among 2003, 1911, and 1933 as we learn that Eleanor deShiel, who inspired a children’s book reminiscent of Alice’s Adventures in Wonderland, became the chatelaine of Loeanneth thanks to a Downton Abbey–esque plot twist in which, due to the Titanic disaster, new husband Anthony Edevane inherits enough money to reclaim her birthright from creditors. But when Anthony goes to war, he returns shell-shocked and prone to unpredictable outbursts. Meanwhile, their children, Deborah, Alice and Clemmie, frolic on the grounds, oblivious to their parents’ difficulties. Alice, 16, is a budding mystery writer (whose future fame will equal Agatha Christie’s), but in 1933 she’s nursing a teenage crush on Ben, an impecunious gardener. As a lark, she concocts a hypothetical scenario which might have prompted Ben to kidnap Theo, her baby brother. Flashbacks reveal that Deborah and Clemmie also have reason to blame themselves for Theo’s disappearance during an all-night Midsummer’s Eve party—he was never found and his fate remains unknown. At loose ends, Sadie investigates this cold case, developing several theories. As the various skeins intersect, the story becomes unwieldy; using multiple narrators, Morton can believably withhold information to build suspense, but when such selective nondisclosure is carried to extremes, frustrated readers may be tempted to practice their skimming.

An atmospheric but overlong history of family secrets and their tormented gatekeepers.