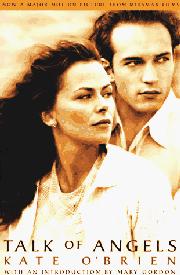 The skilled prose of Irish author O'Brien (18971974) transmutes the material of a conventional coming-of-age tale (``banned in Ireland in 1936 for its frank depiction of lesbianism'') into a rich, absorbing study of character and culture. It's 1922, and Mary Lavelle, the 22-year-old daughter of a widowed doctor in Ireland, is quiet and seemingly conventional, yet she has two qualities that are bound to attract notice: her startling beauty and her yearning to become an independent wanderer. Mary is engaged to nice-but-dull John MacCurtain, a demobilized soldier now working as shipping clerk. John cautiously insists on waiting for marriage until he has a good income, and so Mary, feeling fondness but no great ardor for her fiancÇ, decides to make use of the time to become a governess in Spain—a then traditional occupation for rootless Irishwomen. She finds work tutoring the daughters of a family headed by the aristocratic Don Pablo Areavaga, whose marriage—complicated, sexless, but not unloving—is explored in depth. Despite initial homesickness, Mary soon takes to her charges, who include the vain, gregarious Pilar and the spirited, amusingly precocious Milagros. With her youth and looks, their new governess provokes comment in the spinsterish community of Irish ``misses,'' but she nevertheless finds friends in Rosie O'Toole, a spunky eccentric, and Agatha Conlon, an austere, mysterious semi-recluse. As Mary develops a taste for bullfights and an infatuation with Spain in general, she comes to find answering John's daily letters a chore. Events reach a crisis when she meets Don Pablo's married son, Juanito—while, at the same time, Agatha is developing her own illicit passion for Mary. Passive and impressionable Mary is sometimes a frustrating heroine, but O'Brien writes with a striking grace and acuity that illuminate not only the landscape of but the complexity of the people living in it. (Film rights to Miramax)