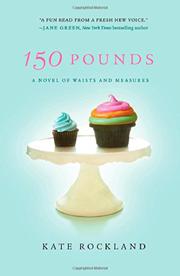 The story opens on the set of Oprah as Alexis (author of the Skinny Chick blog) and Shoshana (of Fat and Fabulous fame) are about to weigh in on weight. Shoshana’s blog advocates that a healthy self-esteem and healthy diet are all women need to feel good about themselves, no matter the dress size. She’s over 200 pounds, and her millions of followers, called Fatties, like her just the way she is. Alexis, barely 100 pounds, writes about America’s alarming obesity epidemic and dictates everyone should count their calories and burn their buns. After the explosive TV appearance, the two part ways and don’t meet again until a year later at the end of the novel. In the meantime, both Shoshana and Alexis come to realize that their fanaticism stems from…issues. Alexis, proud of her tart bitchiness, lives with her best friend Billy. While Billy is flamboyant and fun, Alexis lives a life controlled by weight—she weighs her food, herself, the value of others. She exercises at the crack of dawn to keep her whippet-like figure, but all that flies out the window when she meets Noah, a gorgeous, funny chef. Noah reminds her of her dead brother, and Alexis allows herself to be happy again. Less fragile than Alexis, Shoshana’s life changes when she inherits an old farmhouse and orchard. She befriends her eccentric Irish neighbor and begins restoring the property, with an eye to a new business venture. With all that manual labor, Shoshana begins to drop the pounds while pregnant Alexis begins to put them on, and the two meet in the middle. Occasionally the language lacks polish (“Shoshana had beautiful, stunning hair”) but Rockland’s study of the two women is fresh and enjoyable. Skinny chicks, chubby gals and all in between will connect to this perennially favorite female subject: how much a body should weigh.