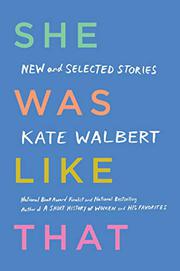 “Urban/suburban women" experience the extremes of mother love—and its cost—in Walbert’s (His Favorites, 2018, etc.) volume of new and selected stories.

The opening story, “M&M World," sets the tone as a divorced New Yorker is seized with anxiety when she momentarily can’t find one of her daughters on an outing to Times Square. For Walbert’s financially secure but emotionally shaky white women, maternal love is both overpowering and deeply stressful. Friendship is at best a temporary salve for women socializing uneasily, if tipsily, during their daughters’ get-together in “Playdate.” Several stories look back to earlier times, when women were only beginning to explore the possibility of mutual support: In “The Blue Hour,” narrator Marion (who may or may not be the dead mother Marion mourned by a daughter in “Paris, 1994”) recalls her brief but intense friendship as a young mother in Rochester with a woman who couldn’t fit into the staid norms of the time and later committed suicide; in “Conversation,” ladies from “the faster set” in a Vietnam War–era suburban development attempt a “rap session” while the hostess’s black maid serves drinks until eventually joining in. “To Do,” about a teenage girl covering for her mother’s alcoholism—most of the women in these stories drink—is told from the point of view of the resentful grown daughter. But most of Walbert’s mothers, even the drinkers, cherish their children, especially when the child has special needs (“A Mother Is Someone Who Tells Jokes”), is emotionally damaged (“Esperanza”), or even dead (“Do Something”). “Radical Feminists” is the only story prominently featuring a man. The protagonist runs into her former boss, who once made her choose between a burgeoning career and motherhood. She adores her sons but still harbors vengeance fantasies toward her ex-boss. Oddly, the title story concerns the volume’s one successful professional, a widowed professor long past mothering. Reminiscent of Cheever’s “The Swimmer,” she escapes routine life by driving rainy streets, giving rides to strangers with whom she shares her stories.

Tales of spare, unflinching beauty show how love and loneliness can occupy a heart together.