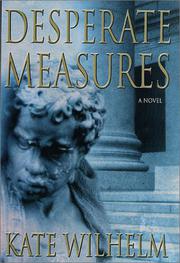 Alex Feldman’s facial deformities were so severe his elegant, status-conscious parents were all too pleased to delegate his care to child psychologist Graham Minick when Alex was just a youngster. Now he lives quietly with the doctor, drawing much-admired cartoons under the pseudonyms “Xander” and “X,” until Rachel Marchand, a neighborhood across the woods, accuses him of stalking her. When Rachel’s dad Gus is found dead soon after threatening Alex, and her mother, on learning of his death, crashes her car and dies as well, Alex becomes the leading suspect. Enter Oregon attorney Barbara Holloway (No Defense, 2000, etc.) to propose another culprit: schoolteacher Hilde Franz, who was seen driving on the road to the Marchand place just about the time the murder took place. Unfortunately, Hilde is represented by Barbara’s dad Frank, setting the father-daughter pair up for an adversarial legal relationship. Fortunately for all but herself, Hilde is murdered, leaving Barbara free to zero in on her married lover, and Frank, reluctantly, to side with Alex. At Alex’s arraignment, even the judge winces and gulps when he first glimpses the malformed young man. But using charts, graphs, and crisp cross-examination, Barbara dismantles Rachel’s story and her brother’s alibi, and establishes what really went down at the Marchand house on that fateful day.

Partly an indictment of trial-by-appearance, in which congenital deformity is demonized, and partly old-fashioned, Perry Mason–style nitpicking, with timetables galore and timely witness breakdowns on the stand. Still, the deft and able Wilhelm makes it all fast-paced, plausible, and entertaining.