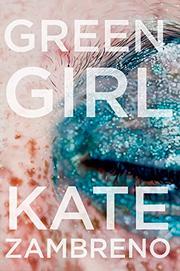 A spoiled, self-loathing American girl navigates the wilderness years during a self-imposed exile in London.

This second novel by Zambreno (O Fallen Angel, 2010, etc.) is an ambitious synthesis of millennial identity crisis, lyrical experimentation and emotional self-destruction that attempts to reinvent (or re-create?) the classical image of the flâneur by following the most awful protagonist in post-Girls literature through crowded, dirty London. Ruth, the heroine of this dark portrait, really is appalling to be around; in an interview with Zambreno at the end of the book, Bookslut’s Jessa Crispin observes, “[y]ou want both to slap her and to feed her like a baby bird,” which is pretty accurate. She works at an expensive department store she calls only "Horrids," plying wealthy shoppers with a rancid perfume called “Desire,” as in, “[h]ave you ever experienced Desire?” Much of the book makes it feel as if Ruth is the star of her own movie, while simultaneously pulling off the trick of staying squarely within her damaged skull. “What does she want to be?” Zambreno asks. “A green girl doesn’t like to consider this question. She already is. She is waiting around to be discovered just for being herself.” We slowly learn that Ruth has fled to this city she hates in the wake of a bad relationship, but we never really get to the roots of her emotional train wreck. We know she loathes others—her uptight supervisor, her gossipy co-workers, even the affable roommate who plies her with Ecstasy and three-ways. She’s a sexual catastrophe, casually dispensing favors to strangers in back rooms and breaking up with good guys because they won’t abuse her the way she needs. Zambreno has the writing chops for this unconventional journey, and the book takes some intriguing stylistic detours, but Ruth remains a bitter little pill to swallow.

The flip side of the burgeoning drug-and-alcohol–fueled bad-boy lit movement: very busted girls.