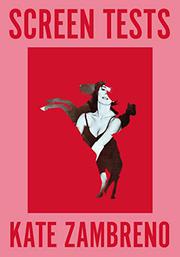 Stories and Other Writing

A collage of enticing reflections on literature, movies, art, and people.

Throughout this eclectic mix of reflective, short “stories” (some very short) and a few previously published essays, Zambreno (Creative Writing/Columbia Univ. and Sarah Lawrence Coll.; Appendix Project: Talks and Essays, 2019, etc.) weaves elements of her autobiography. She writes about her friends, parents, and dog with as much honesty and courage as she inflicts upon herself, her clothes, and her likes and dislikes. These bits and pieces of paragraphs, more like snapshots or stills than screen tests, spin around like floating objects on an Alexander Calder mobile precariously tied together with ideas and images. Zambreno realizes her writing “is about conjuring up and murdering the girl I was and have allowed myself to become.” Throughout, she demonstrates that she is an intense observer. Whether examining Warhol’s Marilyn paintings or the Barbara Loden film Wanda, the author’s gaze, like photographer Anne Collier’s camera, is “obsessive, sad, sensitive, witty.” The book is highly referential. Zambreno celebrates “old Hollywood and glamour” and some of her favorite actresses—e.g., Tallulah Bankhead and Louise Brooks—and directors, including Abbas Kiarostami and Agnès Varda. The author also discusses philosophers, especially Wittgenstein and Blanchot, and many authors. Zambreno loves the “brilliance and intensity (even wrongness)” of Andrea Dworkin’s Intercourse as well as Elena Ferrante’s The Days of Abandonment: “I inhaled the book, which I heard happens when you read…Ferrante—the books are just that good.” From Gertrude Stein and Kate Chopin to Jean Rhys and Mary Gaitskill, that narrative, with its range of topics and moods, evokes a whiff of Fernando Pessoa’s The Book of Disquiet.

Some may find the fragmentary, digressive structure of Zambreno’s book off-putting and repetitious, but it does create a syncopated rhythm that is endearing and catchy when taken in small doses.