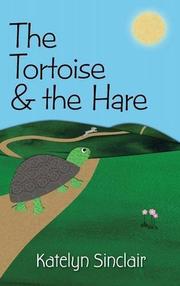 The Tortoise & the Hare

A retelling of Aesop’s animal fable that features unusual rhythms.

When a “very special race” is announced, with the grand prize a golden cup, all the animals are excited to sign up—until the speedy, conceited hare decides to join in. Doubting their chances, the other participants quickly drop out, except for the tortoise, who says: “I’ll do my best. / That’s all. I can’t control the rest.” The hare laughs at the idea that the plodding tortoise could ever beat him. He’s so sure of himself, he takes breaks from the race, going for a swim, having a snack, and finally taking a nap sprawled up in a tree (an image that should make young readers giggle). Meanwhile, his opponent keeps going even when losing seems certain (“The tortoise reached the farm at last. / He grinned a little as he passed. / He felt reluctant to admit / He’d dearly love to rest a bit. / His energy was nearly spent. / Then someone cheered, so on he went”). When the tortoise finally catches up and wins, the hare feels “foolish, and lazy, and sad,” knowing he didn’t do his best. Lesson learned: “slow and steady wins the race.” Sinclair (The Golden Ball, 2016, etc.) makes this oft-told story unique by using alternating rhythms for the two protagonists: for the tortoise, the walking pace of iambic tetrameter—“The tortoise limped along the road. / His shell was such a heavy load.” The hare’s verses, on the other hand, use rapid, rollicking anapests: “As the hasty hare raced down that long country track, / He was suddenly tempted to search for a snack.” An author’s note at the end of the book explains the different meters and provides a link to Sinclair reading her own work. Her brightly colored illustrations have the bold outlines and textures of paper cutouts, and while the animals’ facial expressions are somewhat awkward, the hare’s long, lanky body contrasts with the tortoise’s sturdy frame in an echo of their respective rhythms. Overall, this delightful book is both a solid version of a classic story and a subtle introduction to the patterns of poetry.

A well-crafted, charming read-aloud version of a famous tale about the importance of perseverance.