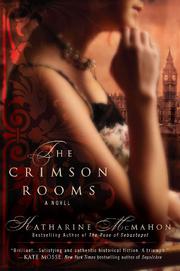 Another inventive, nuanced historical novel from McMahon (The Rose of Sebastopol, 2009, etc.), again focused on a progressive female protagonist constrained by the expectations of her era.

Evelyn Gifford, 30 and one of England’s first female lawyers, must not only struggle against mockery and prejudice at work but also grapple with her grief over the loss of her beloved brother James; she’s still bereft six-and-a-half years after he was killed in World War I. Evelyn’s cash-strapped London household, which includes her widowed mother, aunt and elderly grandmother, is further burdened by the arrival of Meredith and Edmund Duffy, James’ hitherto unknown lover and illegitimate child. McMahon captures the conflicts of class and impoverishment, work and privilege in telling detail through Evelyn’s professional dilemmas, which take her to slums, prisons, orphanages and society drawing rooms. At home, Meredith undermines James’ memory with her shocking recollections, but Evelyn is drawn to Edmund as the son she believes she will never have, since almost an entire generation of men has been lost to the war. Enter barrister Nicholas Thorne—“beautiful, intact, youngish…therefore a rarity”—who approaches Evelyn because she’s involved in the trial of an ex-soldier (employed by one of Thorne’s clients) accused of killing his wife. Quickly, Evelyn finds herself obsessed with the barrister; though engaged to another, he personifies all her yearnings for sexual and emotional fulfillment. But larger, darker, more complex forces may deny Evelyn easy solutions or happy endings, although they may not obstruct a resolute woman from moving forward.

A fine, compassionate, elegiac combination of human and courtroom drama—the author’s best yet.