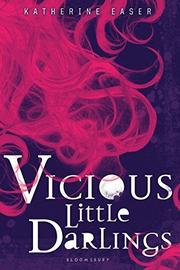 “The brochure said nothing about angst-filled dorms or psychic roommates.”

Instead of going to local UCLA, 17-year-old Sarah is spending the next four years at Wetherly, a fictional all-women’s college in New England, all because her Nana caught her having sex with the most popular guy at her high school. Constantly substituting sex for love (so she doesn’t end up miserable, like her absent parents), without female friends, slightly depressed and definitely insecure, she’s the perfect victim. In this edgy debut thriller, the first-year student’s not sure why she’s drawn to her beautiful, narcissistic orphan roommate, Maddy, and Maddy’s wealthy, enabling best friend, Agnes, but suddenly she’s sharing an off-campus house and an injured deer (which readers won’t know whether to laugh or cringe at) with them. And she’s not sure why she stays even after she realizes that Maddy is a pathological liar, that equally manipulative Agnes is trying to pretend she’s not in love with Maddy and that she’s caught between the two housemates vying for each other’s attention. It’s a constant who’s manipulating whom, with secrets, sexual tension and a Gypsy’s deadly prediction always at the forefront, as the story’s slow burn finally explodes. It's all given immediacy and subtle sarcasm through Sarah’s first-person narration, which will have readers second-guessing throughout.

It’s clear someone has to die, but just who it will be keeps readers wondering to the very end. (Thriller. 15 & up)