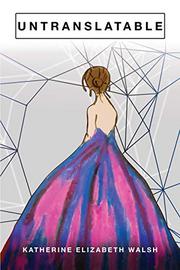 A debut author shares her journey from despair to optimism through a series of essays and poetry that explore her experience with mental illness.

In Walsh’s first essay, she tells of sitting alone at home after a stay in a Tennessee hospital’s psychiatric ward. “The last day I was alone,” she recalls, “I was sitting on the living room floor with a knife to my arm trying to etch out my exit strategy.” Over the course of the book, she refers to several other stays in hospitals and rehabilitation programs after self-destructive behavior, including suicide attempts, cutting, and an eating disorder. With one exception (“4.15.15”), the essays are undated and don’t appear in a clear chronological sequence, which readers may find confusing. They focus on specific moments, during which Walsh came to understand some aspect of her mental illness. In “The Victories,” for instance, she offers a glimpse of the exhausting, all-consuming nature of bulimia: “Every single day was dedicated to numbers (weights, scales, calories consumed and burned), writing those numbers down, adding and subtracting.” Other numbers included the hours she spent exercising and the quantity of diet pills that she consumed. Recovery from bulimia, she writes, is a process of learning how to appreciate one’s own value, step by step, day by day: “It is about finding a new purpose in life away from the eating disorder, it is about learning to love your new body.” In “The Miracle,” she writes poignantly of another progress point: “Tonight instead of picking up the razor to cut, I picked up lotion to put on my body. Instead of heading to the bathroom to purge, I lit a candle.” Overall, this is a journal of affirmation, and a passionate call to others who are battling similar mental illnesses, to whom she offers encouragement and understanding. Her eloquent prose is sometimes heartbreaking, but at other times, it’s joyous in tone. At the close of the book, for instance, she tells of how she’s looking forward to the future: “I deserve to be happy. I deserve all the things everyone else does. I am not too much work.”

An important, hopeful conversation about insidious and dangerous behaviors.