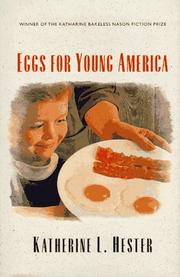 Winner of Bread Loaf's 1996 Bakeless Prize, Hester's debut collection of eight stories (three previously published) explores the marginal life in Georgia and Texas, where people struggle mightily just to keep from going under. For instance, there's Leah in ``Deadman's Float,'' a young girl unhappily adrift at a Girl Scout summer camp. Leah isn't one of the best or brightest girls, but managing to survive the swimming test and peer put-downs is nothing compared to what she has to face at home, where older brother J.D. takes his rage at his father's departure out on their mother—until the police intervene. ``Alarm'' features a dying neighborhood in Austin, Texas, where ex- junkie Tyler and his girl Holly settle in search of peace only to learn that their neighbor across the street is a dealer. For a living Tyler installs security systems in the homes of Austin's elite, but he can do little against the Peeping Toms and burglars who terrorize his own neighborhood; when he loses the money from a paycheck he's just cashed, he can't even do anything to keep Holly from thinking he's back on smack. In a sort of sequel (``Grand Portage''), junkie Donny loses his girlfriend Delilah, who runs off with his best friend, Errol. But Errol has his own monkey on his back: He's on a hopeful mission from Texas to the Canadian border to see his father, who left him more than 20 years before—a mission doomed to fail. Finally, the title piece concerns another broken family, this one affluent, consisting of a brother who survives delinquency to become a TV weatherman, a sister who's mired in the same self-destructive lifestyle he once knew, and their defeated, alcoholic mother. Powerful, frank studies of despair in the midst of decay: crystallizations of what's left when the American dream dries up and blows away.