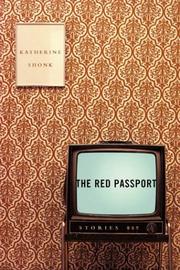 Shonk, whose work has been included in Best American Short Stories, makes her solo debut with tales culled from time spent in Russia as the nation struggled toward post-communist solvency.

The theme of freedom as a mixed blessing is elaborated rather repetitively, but it’s crystal-clear each time. “The Death of Olga Vasilievna” shows a young couple getting their first taste of liberty, both figurative and literal, when Sveta’s mother finally dies, but the cat they immediately adopt comes to stand for the complications of a country rocketing toward capitalism. When an American scientist comes snooping with a Geiger counter around a woman’s abnormally large vegetables in “My Mother’s Garden,” how will her daughter convince her that the abundance is really a bad omen? “The Conversion” follows an American returning to Russia, the site of the best years of his life as well as his cuckolding, only to find friends repeating his own mistakes and a past that proves impossible to bury. A young Russian girl who grew up in San Francisco, daughter of a mail-order bride, returns to the white nights in “The Wooden Village of Kizhi,” and she may finally be too old to believe the fairy tale that her real father drowned in a vat at an ice-cream factory. Shonk’s style is matter-of-fact, and these stories never lose their foreignness even when related by natives, but the emotions are real. The best piece, “The Young People of Moscow,” hauntingly portrays an aging couple—a retired poet reduced to selling books in the bowels of Moscow while his wife rails against Americans who refuse disabled Russian babies—as they struggle for life in an accelerated world where “young Muscovites in business suits, their eyes shielded by sunglasses, brush by Nina and Vassily as if the two of them are statues.”