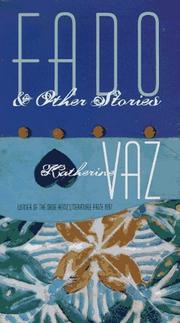 Inspired by the lyric fantastic, a first fiction collection from novelist Vaz (Saudade, 1994), this year's winner of the Drue Heinz Literature Prize. Vaz's tales rely often on the yeast of her songlike love for language, which can transform her prose, influenced by magic realism, into poetry. ``Sex happens,'' she writes in the title piece, ``the way a pearl is formed. It begins with a grain or parasitic worm that itches in the soft lining until the entire animal buckles around it.'' In ``Island Fever,'' Vaz displays her strong visual sense and her wit: ``The mouths in the crowd, including his wife's, were chattering like bivalve castanets.'' These 12 linked stories about Portuguese ÇmigrÇs from the Azores also rely on the force of improbable events to propel them forward. In ``The Remains of Princess Kaiulani's Garden,'' a laundress with extraordinary powers at the ironing board positively affects the lives of her customers: ``One old lady put on a skirt ironed by Elena and could do cartwheels. . . . A priest who had sent in his collars to be starched preached the best sermon of his life.'' Vaz can induce in a reader a fine and effusive rapture when her characters, inflamed, are carried skyward by their emotions. ``Math Bending Into Angels,'' in this vein, shows how love and an incurable spiritual hunger lead a woman to turn into an otherworldly sprite. In other tales dealing with more worldly matters, the writer's whimsy sometimes fails to persuade: an ease in Vaz's luscious lyricism can, in an earthly context, appear too pretty; with her head turned by metaphor, the author comes across as unable to take reality seriously. At such times, she lacks conviction in the primal logic of an unreasonable fate that guides the major magic realists. She's also more sentimental than they, and her language can seem contrived, lacking a fundamental emotional connection with the lives she describes. Still, when the theme of a story is in balance with its style, the result is elating.