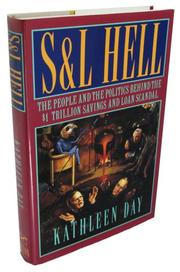 A journalist's informed audit of the factors that brought America's S&Ls to grief. Where other annalists have focused on the predators whose buccaneering became a public scandal, Washington Post correspondent Day offers detailed, damningly documented perspectives on a wealth of political influences, putting paid to the notion that economic reverses, fraud, or junk bonds were primarily responsible for the solvency woes of thrift institutions. After providing a back-to- basics rundown on the industry's origins as a Washington-favored source of residential mortgages, she addresses the rush to deregulation that began toward the end of the Carter Administration and that set S&Ls on a slippery down-slope during the 1980's. Among other unintended consequences, Day points out, the introduction of laissez-faire triggered a scramble for brokered deposits and encouraged risky lending practices that soon resulted in soaring default rates. Though obviously in extremis by mid-decade, entrepreneurial thrifts were allowed to keep their difficulties under wraps. Day attributes the paucity of disclosure and seizures to a host of causes. To begin with, Reagan-era regulators were at least tacitly enjoined to avoid action that might increase budget deficits; accordingly, they endorsed stopgap measures as well as accounting gimmicks designed to help troubled associations weather interest-rate storms and, later, to paper over capital shortfalls. In the meantime, the author explains, S&L executives and their lobbyists kept pressure on lawmakers beholden to them because of campaign contributions. While the overdue tab run up by pillaged and incompetently supervised thrifts was finally presented to taxpayers following the 1988 presidential election, government agencies, Day cautions, are bungling the salvage operation mandated by 1989 bailout legislation; the meter is still running, she reports, and the reckoning could eventually reach $1 trillion or more. An unsparing and perceptive briefing on a pocketbook issue whose complexities appear beyond the grasp of mass media.