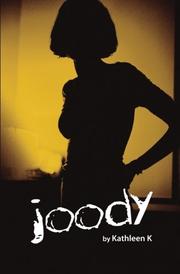 Intertwining stories chronicle the life and misspent times of a negligent mother.

Joody—she changed the spelling in school so she’d come before girls with the name’s conventional rendering—is a careless narcissist who leaves a path of emotional destruction behind her. Besides ex-boyfriends and her sister, victims include three living children and one dead baby whom she delivers at home, wraps in a blanket and stuffs in a cupboard, heading off to work after placing the placenta in the trash. “What about the baby?” her straight-arrow sister, Janet, asks. “It just kind of slipped out,” Joody replies. This tale of a dysfunctional American family comes into focus through the eyes of four narrators, including Joody herself; her sister; Joody’s confused, angry son, Bryce; and his concerned but alienated probable-father, Brent. Through each lens, readers view a slightly different aspect of this troubling but seemingly untroubled woman—a “floozy,” in her sister’s words, since “slut and whore are too harsh.” Although the technique of telling a tale from different points of view has worked for masters like Faulkner and Bierce, here it falls short. For one thing, the voices all sound the same, with comma splices being just one mannerism each narrator shares. Nevertheless, the book draws poignant if sketchy pictures of a strained relationship between the night-and-day sisters and a son and father trying to act their roles. Joody’s character is believable: Like many crazies, she has a sure instinct for self-preservation, often independent of survival for those around her. “No matter the verb, she was the object,” her sister observes. Yet for a potentially heavy subject, the book has a peculiar lightness, and Joody’s own take on the situation can be downright funny. Her sister and nerdy boyfriend, for instance, are “dweebs in heat.” Despite some entertaining lines, the book never really wades beyond the emotional shallows. To its credit, though, it doesn’t moralize about Joody’s condition. To its detriment, it doesn’t fully explore or explain it.

A enjoyable read with little substance.