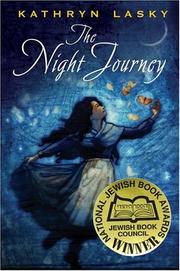 Rache's great-grandmother, Nana Sashie, wants to talk about the old country: ""My dear, in those days it was quite dangerous to be a Jew in Russia."" And twelve-year-old Rache, jabbering about the school tryouts for Oklahoma, passionately wants to hear. So the two flout the family ban on such talk--presumed to ""upset"" Sashie--and in long, often late-night sessions, Sashie becomes the wondering nine-year-old that she was in 1900, and the story of the family's escape comes out. The young Sashie and her disparate kin each contribute to the perilous get-away plan. They're to travel to the border village as Purlin players (Sashie's idea). So as to be unsuspected en route, they must wear ordinary clothes (Aunt Ghisa's warning). For concealment, the costumes can be reversible (Sashie's mother's brainstorm). But to get out of Nikolayev ""under cover,"" they really must have a horse and wagon (Aunt Ghisa again)--which Sashie's father procures, loaded with chicken coops as a ""cover,"" from his silent, forbidding fellow-worker Joe (ready to help, we later learn, because he once abandoned his own Jewish family). Intercut are the (similar) conflicts and comings-together in Rache's oblivious American Jewish household--where the discovery of part of Sashie's old samovar (worn by her mother, during the escape, as a crown) first elicits only ""vague words of curiosity."" Rache panics: ""Was it going to be like this?"" Would her world someday also appear ""quaint?"" But when a complete samovar is assembled and installed in Sashie's room, she is apprehensive too--""as if the gulf between the two worlds had closed too quickly and the one world that she had explored with Sashie would no longer be theirs alone."" For Rache, the tension is resolved when Sashie, after completing the story of the escape, quietly dies--and Rache's reflective afterword, looking back on their ""time together,"" might well have been dispensed with. There are internal inconsistencies of tone too (the haunted Joe, in particular, is a bit much). But the shifts of milieu and mood are also inherent in Rache--and each will evoke a response in youngsters of her age.