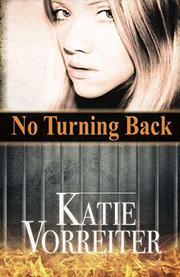 At the heart of this tale is Livvy Fischer. Poor Livvy, a young Christian and an opera singer, is finally coming to terms with the suicide of her stalker, Wade. Since Wade immolated himself in front of her at a recital, she hasn't been able to sing publicly again. But she has resumed working at a local coffee shop, where she has become infatuated with a cute customer, Lucas. When Lucas finds out Livvy sings, he invites her to participate in his church’s Christmas program. Livvy attends a meeting about the event and discovers that Lucas is actually a pastor at the church. She also allows herself to be talked into taking part in an outreach program at San Quentin prison to spend more time with Lucas: “Three hours round-trip with Lucas—that was part of the deal. The compensation.” This proves to be an unfortunate choice, as a riot breaks out right after the church singers and a prison devotional group gather in San Quentin’s chapel. Livvy is soon on the run with Tobin, a born-again prisoner who is trying to keep her safe from Gant, a serial killer whose victims are petite blondes like her. And Lucas is the prisoner of Gant, who is trying to beat information about Livvy out of him. Throughout the narrative, Vorreiter has the Christian characters, such as Lucas, drawing solace from the Word of God: “Lord, I know that you are in charge even though it doesn’t look like it. Please give me wisdom and courage. Shelter us, protect us.” Still the Christian philosophy doesn’t distract from the fast-paced plot. The author turns San Quentin into a character, graphically changing it into a foreboding setting for the civilians stranded there. She challenges the concept of who is a good guy and who a bad guy, as some of the prisoners aid the church group members caught inside. Vorreiter has created characters that readers should care about, regardless of their backgrounds. She transforms a prison into a place where Livvy, Tobin, Lucas, and others are born again, learning better ways to cope with their lives.