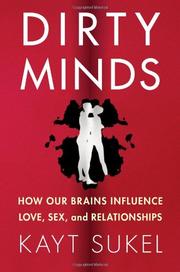 How Our Brains Influence Love, Sex, and Relationships

A neuroscience writer with a failed marriage checks out the latest research on the brain, searching for an answer to the big question: What exactly is love?

In her debut, travelsavvymom.com partner Sukel chronicles her “quest to better understand the scientific nature of love.” She begins with her amazement at a quip made by British researcher Nicolas Read at a symposium: “If we realized how sexy babies are they would have been banned.” It seemed to speak to her own experience after the birth of her son, which coincided with the implosion of her marriage. She checks in with a number of neuropsychologists and even volunteers as a subject for a study of how the brain responds to sexual stimulation. While it has been established that the sex drive is located in the hypothalamus, romance and love are not only or even chiefly about sex. Sukel tracks down scientists who are trying to discover the interrelationship between hormones such as estrogen and testosterone and the neurochemicals dopamine, oxytocin and vasopressin (thought to induce pleasure). Not only are these neurochemicals connected to the brain's reward system, but they appear to play a role in the development of the brain by selectively causing certain genes to be expressed while suppressing others.

The author's account of her experience inducing an orgasm while hooked up to an fMRI scanner adds spice to her quest, but the science she reports, though still inconclusive, is fascinating in its own right.