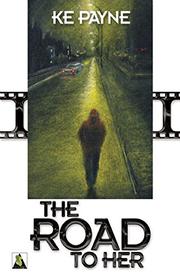 THE ROAD TO HER

Holly Croft, now 20, has played a role in the evening soap opera Portobello Road since age 12. Now, Holly’s character, Jasmine, is—in the book’s British parlance—at university, and the show’s producers have decided to introduce Jasmine to Casey, a female love interest. It’s a well-known trope for two characters destined for romance to first get along poorly, but the dialogue and description in the first argument between Holly and her new co-star Elise are so awkwardly constructed that Elise’s brusqueness and Holly’s resulting anger both feel forced. Once the pair become romantically involved, their expressions of mutual adoration are similarly ineffective, and some of their interactions (Elise tells Holly, “You’re kinda sweet when you’re angry”; Holly insists Elise liked an unwanted kiss) come across as profoundly disrespectful. While there may be some truth to Elise’s fear that being out as a lesbian would jeopardize her career, the public universally seems to adore the Jasmine-Casey relationship, and the book never adequately discusses that contrast.

There are too few lesbian love stories written for teens; it’s a shame this one is so lackluster.