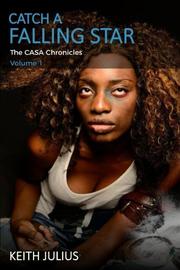 From the The CASA Chronicles series, volume 1

A heroin addict overdoses, loses custody of her kids, and then tries to rebuild her life in this debut novel.

When she was only 15, Aleisha Turner had her first child and had no choice but to drop out of school to tend to him. She’s largely estranged from her family and has no support system, so she finds moments of escape in heroin. To finance the habit that ravages her body and mind, she works as a prostitute on the streets of downtown Toledo, Ohio. She eventually finds herself with three kids and an abusive husband. After she accidentally overdoses, the state takes her children away; the two eldest are placed in foster care, and the youngest, a baby, is taken in by Aleisha’s aunt. Aleisha is forced to enlist in a rehabilitation program, but she initially refuses to take therapy seriously; she’s overwhelmed by her hopeless worldview and has a reflexive suspicion of people who show her compassion. However, she eventually begins to make progress and clean up her life. She moves in with her older sister, Kareen Turner, and her live-in boyfriend, Leroy Jackson. But after Leroy takes a sexual interest in her, Kareen jealously throws her out, which sets her on yet another downward spiral. Meanwhile, Beverly Stone, a court-appointed special advocate, gets tasked with overseeing the care and custody of Aleisha’s children. After tragically losing her own husband in an accident, Beverly immersed herself in volunteer work and became a witness to a dark world of addiction and emotional squalor. Author Julius artfully depicts government programs that try to rescue society’s most beleaguered but inadvertently debase them at the same time. For example, when Aleisha realizes that she needs to be watched while providing a urine sample for a drug test, Julius ruefully observes the unavoidable humiliation: “Aleisha nearly said something, pointing out how demeaning the whole thing was, then realized the futility of it all. This was how the system worked so this was what needed to be done.” The prose is clear and sometimes haunting, and the story gives readers the possibility of redemption without delivering a neat, saccharine conclusion. This is a heartbreaking but authentically realistic story, told without proselytizing embellishment.

A gritty novel that unflinchingly depicts the ravages of drug abuse.