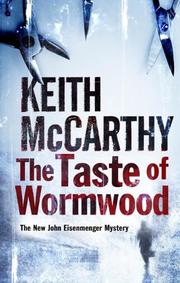 THE TASTE OF WORMWOOD

DCI Beverley Wharton (Soul Seeker, 2011, etc.) finds that her new rank does indeed bring her “more pay, but a lot more shit” in this grim tale of smuggling within smuggling.

Long-haul trucker Arthur Meadows thinks he’s just sneaking two young Turkish women into Gloucestershire to work the sex trade. Rashid Malik thinks his worries about the women will end when Arthur drops them off at his house. Poacher Harry Weston thinks he can walk away from a late-night accident that leaves a lorry more seriously banged up than his own vehicle. Farm widow Amelia Stark thinks that her dog, Duke, will protect her from anyone bold enough to trespass on her land. All of them are wrong, and they all end up dead. So do the two young women, though it’s not at all clear what killed them: total organ failure, pathologist Dr. John Eisenmenger tells Beverley, that has some of the marks of radiation poisoning. So it looks as if the women were being smuggled into the U.K. only incidentally, as cover for the smuggling of radioactive material. McCarthy lets readers know early on that the remarkably similar murders, all executed with military precision, are the work of damaged Afghanistan war vet Marty Millikan and his mother, Jacqueline. But very few readers will be sharp enough to suss out Jacqueline’s motive or her climactic plan that brings the investigation to such a crashing halt.

Fans will race to the end, if only to see whether Beverley, who faces more of the same love-hate relationship with Eisenmenger, the agony of second-guessing herself, and the usual professional and personal infighting, will survive to face another grueling case next year.