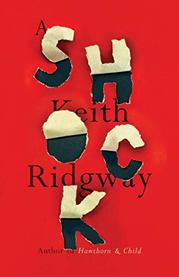 A group of Londoners wrestle with intimacy, trust, and memory.

Irish author Ridgway’s first novel in eight years doesn’t necessarily lend itself to an easy description. It follows the lives of a number of people based in London, though the connections between these characters—or even when these scenes take place in relation to one another—aren’t always apparent. When certain moments click into place, such as the significance of one character’s shouting at a rat or the way a conversation about a man named Gary adds depth to an earlier scene, the effect is transportive. Where this novel excels in particular is in Ridgway’s ability to evoke the mental states of his characters, especially when they pass outside of lucidity. That the novel opens with a section centered around an aging widow whose memory isn’t as reliable as it once was and who’s struggling with paranoia and depression in the wake of her husband’s death does a fine job of preparing the reader for what’s coming. This reaches its apex in a long chapter detailing a drug-fueled assignation between Frank and Tommy. That both men are using a prodigious amount of crystal meth gives the chapter a delirious feel, but Ridgway details that in intriguingly specific ways, such as a moment when Tommy realizes that his favorite part of a Charles Mingus record is the sound of a washing machine coming from another room. At the same time, numerous conversations about politics—including the plight of Labour leader Jeremy Corbyn and whether someone can be both your friend and your boss—add another dimension to the narrative.

Once this novel clicks into place, its blend of the heady and the visceral is immersive and compelling.