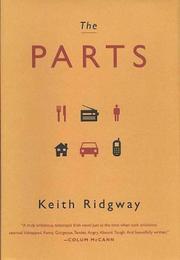 If John Dos Passos were writing today, had been influenced by Irvine Welsh, and had set Manhattan Transfer in Dublin, this might have been the result.

In a grand house outside Dublin lives Fidelma (“Delly”) Roche, widow of pharmaceutical tycoon Daniel Gilmore, who died in mysterious circumstances in a helicopter crash 20 years ago along with Delly’s lover, Frank Cullen, Gilmore’s corporate lieutenant. Now, aging Delly is dying of colon cancer (or is she only being drugged to keep her from finding out what’s happening on her estate?) and is being cared for by Kitty Flood, an obese, somewhat successful novelist and a lesbian, and Roche and Gilmore’s adopted son, Dr. George Addison-Blake, an American left on the doorstep of his namesake hospital as an infant suffering from an incurable disease that Daniel Gilmore’s research later cured. Meanwhile, in town, Joe Kavanagh, a radio talk show host whose wife has left him, taking their daughter, decides to upgrade his show and so instructs his young, gay, horny producer to find more offbeat guests. The sixth member of the ensemble here is the “rent boy” Kevin, whose brief internal monologues punctuate descriptions of the others’ actions and memories, including pornography, drug sales, murder, infidelity, insanity, ménages à trois, and futile attempts at being good neighbors. All are brought together when Barry invites Kevin to appear on Joe’s show, George kidnaps Kevin for his experiments in Gilmore’s underground lair, and Kitty discovers the lair and inadvertently frees Kevin, whereupon Delly finds him wandering about the house and calls the cops. Meanwhile, Barry and Joe have enlisted Kevin’s brother, a tough on the fringes of organized crime, who knows George through his drug and pornography dealing, to help find Kevin. Could all of this have been avoided if Daniel Gilmore had actually invented the memory-erasure drug he was said to be working on when he died? And did he invent it?

Disreputable lives raised to the level of Literature.