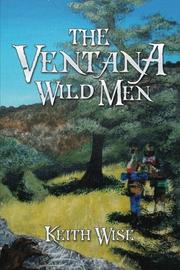 A debut thriller, set in the California wilderness, follows an ambitious TV reporter.

Rebecca January Coulter is an attractive actress with a minor sex scandal in her past, and she hasn’t been shy about using her physical assets to advance her career. She works in Hollywood as a reporter on a reality TV show, chasing weird or offbeat stories for their entertainment potential rather than their news value. Her latest assignment is to check out tales of “wild men” living in the Ventana Wilderness of Los Padres National Forest, near Big Sur. Her preliminary investigation yields multiple accounts of a “humanoid beast” roaming the woods and harassing campers, complete with eyewitness accounts and grainy video. The possibility of a sensational encounter with a Bigfoot-like creature is enough to get January assigned to flesh out the story into a full on-air segment. She heads into the wilderness with a backpack and four technicians lugging sophisticated sound and video equipment in hopes of capturing a glimpse of the “wild men.” She and her crew get more than they bargained for when they become embroiled in a deadly contest with Robert Bruckner, a desperate criminal who’s submerged himself into the forest and evolved into a heartless predator bent on survival at any cost. In this diverting novel, Wise has crafted a page-turner that explores what can happen when a toxic combination of bad luck, abandonment, and a rash act of extreme violence strips away the veneer of civilization from a man. The engrossing book is divided into three parts, with January narrating her thoughts and experiences in the first and third sections and a third-person account of fugitive Bruckner’s story sandwiched in between. Though the pacing is a bit uneven and the violence depicted is often gruesome, the characterization is vivid, with January especially coming to life on the page. But the abrupt ending leaves the reader unsatisfied, with a lot of questions hanging.

An absorbing, suspenseful tale of man versus his bestial nature; entertaining but not for the squeamish.