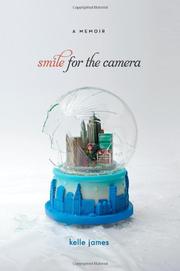 SMILE FOR THE CAMERA

This completely absorbing memoir follows the author from age 16, when she escaped from an abusive home in the late 1970s to become a model in New York City. Although Kelle ultimately succeeds, her path from squalor to security takes her through more abusive relationships, homelessness and a sensational murder trial. Kelle is one scrappy girl, though. With a few good friends and the timely kindness of strangers, she survives. This is a cautionary story to those who dream of similar runs to fame. James pulls no punches in her descriptions of the sexual and physical abuse she suffered at the hands of predatory men in the city and in flashback memories of her violent father. She describes a sexual attack and doesn’t shy away from innuendo in her characters’ dialogue. Stark in its honesty, the book propels readers forward with a sense of suspense worthy of a thriller. James bares her former adolescent soul and proudly celebrates her toughness, while owning up to her mistakes as well. Compelling and fascinating—a striking debut. (Memoir. 14 & up)