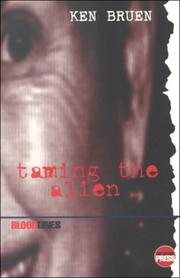 For the moment, the bad guys are having it all their way. Sean and Josie knife Det. Sgt. Brant in the back before hotfooting it to Noo Yawk; Roy ``The Alien'' Fenton, just out of prison, on hire from southend London master criminal Bill, trashes Brant's flat, destroys his collection of Ed McBain novels, and scares the bejesus out of him with a teakettle of scalding water. When Sean is killed while attempting a mugging, Brant is dispatched to America to extradite Josie, little knowing that The Alien is now a continent away in San Francisco preparing to murder his former girlfriend and her new husband before taking a well-earned Mexico sabbatical. Back in London, Brant's protégé Falls, newly pregnant but still tyreiron tough, is hospitalized after being waylaid in a snooker hall, and Brant’s chief inspector, Roberts, can't find anyone who’ll let him whine for a moment about his skin cancer. And let's not forget Bill the mastermind, who sends an overeager shooter called Collie to the airport to greet Brant on his return, with fatal results when Collie mistakes Josie for Brant's girlfriend.

Bruen's plotting has improved since The Hackman Blues (1998). But this second volume in a proposed trilogy (A White Arrest, not reviewed) still quotes popculture icons and offers cute little lists (``Things to look for in a potential hit man: 1. Patience. 2. Cool. 3. Absolute ruthlessness'') in a hopeless attempt to update a noir attitude sealed in 50-year-old amber.