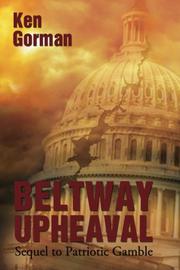 Democrat Herbert Atkinsen wins the presidential popular vote in his bid for election but falls short of the electoral votes necessary to clinch the win. As a result, a rare contingency vote is called, the first since 1825, in which the House of Representatives casts the deciding votes to determine the next president, while the Senate selects a vice president. Atkinsen prevails, as does his Republican running mate, George Granger. However, following the death of his wife, Atkinsen has suffered from serious health problems that he believes will prevent him from completely fulfilling the position’s considerable obligations. His chief of staff, Steve Wagner, comes up with a plan: Atkinsen will swear into office and quickly resign, and the order of constitutional succession will anoint Granger president. This denies Republican Sen. John Robinson, an extremist, any chance of assuming the Oval Office and neutralizes the corrupt Democrat speaker of the House, Bob Allcott. Wagner was able to secure Allcott’s cooperation by threatening a criminal probe into his connection to Cody Manville, a corrupt power broker—the two may have coerced electors to vote their way—and Manville is suspected of murder. However, Granger signs a series of aggressive executive orders, the last of which establishes sweeping fiscal reforms, inspiring the unabashed ire of his political opponents, including Allcott, who demand an impeachment trial for abuses of power. Gorman (Patriotic Gamble, 2012, etc.) displays an astonishingly fertile imagination, conjuring a swamp of political malfeasance impressive even by today’s grim standards. Also, his knowledge of American government, particularly the constitutional law that restrains the presidency, is impressively vast. The plot, however, while briskly paced, is forbiddingly labyrinthine. Also, the main characters remain frustratingly nebulous, never fully developed beyond their political personas. Finally, the writing, especially the dialogue, lacks the edge the plot delivers (“ ‘Wow!’ Cam Tucker exclaimed. ‘Now I understand why politics is called a blood sport’ ”).

Politically astute and topical, this presidential drama loses momentum in a convoluted plot.