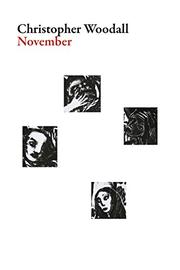 Don’t ask what they make in the plastics factory down by the center of a nondescript French town. The answer might be discomfiting, what with specifications of “conjugation of uncommon length with uncommon slenderess” and the requirement of “a threefold ablutionary regime.” The mostly immigrant laborers who work there for one Gérard Boucan, “factory owner, faithless husband, and bewildered father to a wayward son,” do so mostly because doing so keeps them fed—but also because it affords them a tiny toehold on the French dream, at least as it played out in the waning years of the Giscard d’Estaing regime. Then, the story suggests, it was at least possible for people from every corner of the French sphere, from the Indian Ocean and the Mahgreb and Afrique Noir, to come together without wishing to kill one another—indeed, often with quite the opposite intent, to judge by all the coupling and decoupling that goes on here. Woodall’s is less a novel of ideas than of attitudes, each character exploring his—almost all are male—ideas of what the Other constitutes. The sometimes-threatening, sometimes-miscreant Portuguese immigrant Fernando is astonished to learn that it is possible to be African and not criminal: “What’s wrong with you?” he asks Alphonse. “You don’t smoke, you keep out of trouble, you don’t drink, I bet you don’t even fuck.” Fernando, Rachid, Philippe, Salvatore, and the others on the floor more than make up for all that. Yet, though it would be simple for Woodall to reduce his characters to stereotypes, he resists abstraction; as each collides with the next, they come away changed a little. Talky between spasms of action, the novel—whose sequel is in process—is reminiscent at points of Jean Eustache’s 1973 film The Mother and the Whore: complex, deep, and seemingly unending.

Overlong and a touch undisciplined but rewarding.

CALL ME BY YOUR NAME
by Andre Aciman
Fiction