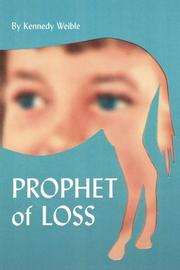 In this drama, a charismatic cult leader exploits a downtrodden family.

Celia Waters’ parents take a calculated risk to buy a new house in a small town in South Carolina, using insurance money that they received after Celia’s grandmother’s death to move out of the Blue Wave Mobile Home Community. But then Celia’s father suffers a serious back injury and loses his job delivering newspapers. Her mother is put out of work, too, when the dentist who employs her goes bankrupt. Celia’s dad abuses alcohol and OxyContin, and he grows verbally abusive, hopeless, and uncharacteristically lazy. His spirits improve after he attends a service at the Living Faith Church, and he’s enthralled with one of its ministers—the hypnotic Barrett Higgins, who eventually breaks from the church and starts his own. He then invites Celia’s family to live in his farmhouse rent-free. They become part of a fledgling religious community that becomes increasingly cultish and bizarre. One day, Higgins announces that he’s the second coming of Jesus Christ—to the joy of his new disciples—and takes Celia’s mother to be his new bride. They all start referring to him as “The Prophet.” Celia is singled out to be Higgins’ “own personal Gabriel.” But then she starts to question his divinity—and his motives. Author Weible (Hello from Out Here, 2010, etc.) deftly unpacks the cunning charm of the cult leader in this unsettling novel, showing how Higgins expertly preys on the vulnerabilities of his quarry: “Celia had wanted Barrett, to possess or be possessed by him, so badly because he was the only thing there was to want. That was his greatest trick.” That said, Celia’s father’s descent into helplessness from an initial place of strength seems too precipitous to be plausible. Aside from this narrative flaw, though, it’s a powerful story, and one that effectively illustrates the human capacity for gullibility.