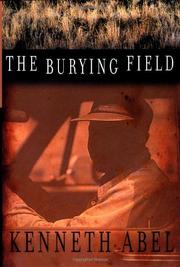 In New Orleans, cops and crooks have a symbiotic relationship. Snapshot: A cop and a crook share a six-pack and a belly laugh. Snapshot: The same cop arrests the same crook a week later, with no hard feelings. “In New Orleans you didn’t let the day get mixed up with the night” is an article of faith to Danny Chaisson, ADA turned defense attorney, and a man so trusted with complexities that he’s indispensable to big-time real-estate developer Michael Tournier. Tournier’s latest project has hit a snag, he tells Danny—or, more precisely, a forgotten slave burial ground. Forgotten, that is, by the white population of a certain small Louisiana town, but not by their black neighbors. Exacerbating the situation is the ugly incident of a few nights back. Having invaded the cemetery, three white high-school students, stoked by beer, decided to knock down a few headstones, and when old Caryl Jackson tried to stop them, they knocked him down too, with a chunk of granite. Tournier asks Danny to drop in on St. Tammany to make sure it’s generally understood how sympathetic and blameless his company is. Tournier’s deep pockets, after all, are practically an invitation to the Jackson family to sue. Agreeing to scout around, Danny is swiftly enmeshed in an ancient St. Tammany history whose deadly tentacles reach toward some contemporary lives, at least one of which is precious to Danny.