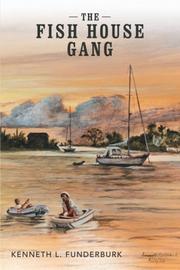 A psychologist/police consultant tries to prove that a string of murders is linked to a nameless criminal enterprise in this debut thriller.

Charles “Chic” Sparks does a bit of everything: he’s a former detective, a psychologist, and a noted tenor soloist. As a consultant for police departments in the Florida Panhandle, Chic starts tying together recent murders. Someone kills local businessman Thomas Reed and steals his safe. But the individual reputedly holding the safe likewise turns up dead. Suzy Beal narrowly escapes the latter murder scene, and though she witnessed nothing significant, extensive media coverage has made identifying her frighteningly easy. She seeks help from Chic, who schools her in self-defense and marksmanship. Chic believes anyone targeting Suzy is another part of a heretofore unknown criminal organization. Drugs are surely involved (additional murders lead the DEA to suspect a drug war between Mexican cartels), but Chic further surmises money laundering. With his penny-ante-poker-playing friends, collectively called the Fish House Gang, as inspirations and sounding boards, Chic hopes to convince Detective Heath Moore that one group connects all the crimes of late. And even a small player in the criminal operation is like an octopus’s tentacle, which could lead to “the head of the beast.” In this series opener, Funderburk hides little from readers, who know the killers and can verify Chic’s speculative enterprise. But centering on villains is a riveting endeavor: characters from mysterious Boss to a crooked lawyer are diverse components of the evil aggregate. The appealing protagonist is multitalented; though only a consultant, he occasionally joins Heath in the field, which sometimes includes bullets. Chic’s relationship with Suzy is predictable (an instantaneous, mutual physical attraction) but does introduce a curious notion: that a religious person can still enjoy sex, as God is “more lax” than most believe. Still, Suzy’s strength—she fights off an assailant—is undermined with constant references to her as girl, “little lady,” or “vixen.”