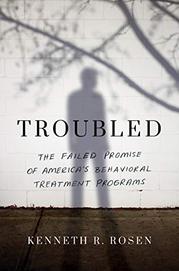 A look inside the “brutal” conditions of behavioral boot camps for adolescents.

When parents decide to send their troubled teenagers to wilderness treatment programs, they do so because they feel that they are out of options. Their kids, often angry, bored, or both, may be skipping school, abusing alcohol and drugs, or self-harming, and some may be facing jail time for minor crimes. Believing that time spent in the wilderness is a useful strategy for turning their children toward a better path, parents sign them up, and they are whisked away, often in the middle of the night. They are stripped of anything personal and then spend weeks hiking, learning survival skills, and eating inadequate food, far from anyone who knows or loves them. As Wired contributing writer Rosen explains through the eyes of four victims, these wilderness camps are largely unregulated, leaving windows of opportunity open for verbal, physical, and sexual abuse, nearly all of which goes unreported. Even after successfully completing their tasks and going home, the kids are often worse off than before they left, as they now have the added stress of their time in treatment. Himself a victim of such treatment, the author shares his personal story as well as the history and development of these profitable groups. The stories are enlightening and engaging even as they reveal the shady, often abusive tactics used to snap these troubled children into behaving in a way that society deems acceptable. This book is a necessary exposé for any parent who has considered sending their child to one of these camps. Rosen also gives voice to the thousands who have gone through these programs, and the text should be helpful in encouraging them to speak out about their experiences.

Highly charged personal stories coalesce into a frank disclosure about the “forced redirection of wayward teenagers.”