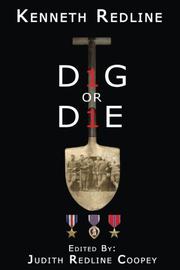 A historical novel chronicles an American soldier’s march across France during World War I.

Emmet “Judy” Redding enlists in the Army in order to play baseball, but then war breaks out in Europe. He’s sent to be trained by seasoned French forces in eastern France, a corporal in the U.S. Army Corps of Engineers, part of the American Expeditionary Force sent to halt German advancement. After training, Judy participates in the AEF’s first major offensive action in Cantigny in May 1918 and makes his way to Meuse-Argonne by October of the same year, shortly before the war’s conclusion. He experiences his share of amorous rendezvous. In Paris, he falls in love with Jeanne Trevost, a Frenchwoman, and intends to marry her. But their union faces two obstacles. Judy learns from her brother, Rene, that she is promised in marriage to another, a matter of family arrangement. Also, Jeanne works as a spy for France and is captured, leaving Judy praying she survives her ordeal. Debut author Redline served in France as part of the AEF and was a decorated soldier. As the book’s editor and the author’s daughter, Redline Coopey, points out in the introduction, this novel is just as much memoir as it is fiction. The novel is mostly written in the first person from Judy’s perspective and details not only the brutality and deprivation of combat, but also the camaraderie of the soldiers.  Redline captures the savagery of war while avoiding maudlin sentimentality or valorization of the killing fields: “We were thin, emaciated, tattered and torn. If addressed, we didn’t respond, for the effort was too great. We had only curses for those who might fawn upon us and glorify our achievement, but we took and held the town.” The author doesn’t shy away from confronting the moral complexity of war. In one memorably heartbreaking scene, Judy consoles a fellow soldier who raped a woman. The soldier roils with regret, and while horrified on behalf of the victim, Judy also feels great sympathy for his friend, knowing how the pain of loneliness and fear can disfigure the soul. Further, Redline portrays the romances between American soldiers and Frenchwomen with considerable nuance; all were in search of some respite from the war. The predicament of the women is especially bleak since a generation of prospective spouses was sacrificed to repel the Germans. Redline’s prose is sure-footed and powerful, and he often allows Judy to wander into philosophical reverie, thoughtfully contemplating the grimness of his plight. The war’s toll is achingly depicted: Judy initially has reservations about alcohol, but its regular consumption numbed him to his own distress.