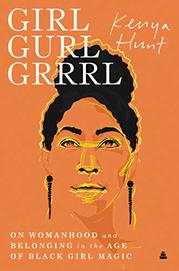 On Womanhood and Belonging in the Age of Black Girl Magic

Essays highlighting the successes, challenges, and perseverance of Black women in the 2010s.

“It’s a wondrous thing to be Black,” writes Hunt, a trailblazing global fashion editor and style director. In her debut book, she reflects on “a decade’s worth of personal and cultural milestones.” What made the last decade an “age of Black Girl Magic”? An internet boom, a new wave of feminism, a renaissance of Black creativity, and “the first-person essay economy” combined to give Black women heightened visibility, which Hunt and her co-essayists celebrate while noting how the magic of ordinary Black women began to “get left out, lost.” A quarter of the essays in Hunt’s collection are penned by others writing candidly on their personal, professional, and political journeys. These include Ebele Okobi, Facebook’s public policy director for Africa, the Middle East, and Turkey, who reflects on the loss of her brother, who was killed by police in California. Taken together, the essays form a chorus of Black diasporic voices across continents, covering the politics of Black hair, self-acceptance and White beauty standards, activism, motherhood, “the abysmally poor maternal health outcomes of Black women in the US,” and more. Hunt, a gifted storyteller, has a strong voice all her own, and she explores a host of current concerns, including Black grief and “what happens when the Internet and social media do the eulogizing.” She considers the Black church’s “fraught history with women” through the lens of singer Aretha Franklin’s public funeral. Amid the “angst and chaos,” Hunt hopes readers also see Black women as people who are “loving…growing, and finding the meaning in life as we go.” And we do see their fullness in this collage of insightful analyses of the messy places where race, culture, and technology intersect.

A powerful collection that is very much of the present moment of resistance but will also endure.