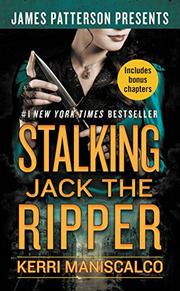 Audrey Rose Wadsworth, 17, would rather perform autopsies in her uncle’s dark laboratory than find a suitable husband, as is the socially acceptable rite of passage for a young, white British lady in the late 1800s.

The story immediately brings Audrey into a fractious pairing with her uncle’s young assistant, Thomas Cresswell. The two engage in predictable rounds of “I’m smarter than you are” banter, while Audrey’s older brother, Nathaniel, taunts her for being a girl out of her place. Horrific murders of prostitutes whose identities point to associations with the Wadsworth estate prompt Audrey to start her own investigation, with Thomas as her sidekick. Audrey’s narration is both ponderous and polemical, as she sees her pursuit of her goals and this investigation as part of a crusade for women. She declares that the slain aren’t merely prostitutes but “daughters and wives and mothers,” but she’s also made it a point to deny any alignment with the profiled victims: “I am not going as a prostitute. I am simply blending in.” Audrey also expresses a narrow view of her desired gender role, asserting that “I was determined to be both pretty and fierce,” as if to say that physical beauty and liking “girly” things are integral to feminism. The graphic descriptions of mutilated women don’t do much to speed the pace.