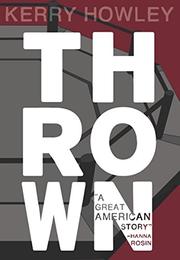 A philosophical examination of the maligned subculture of mixed martial arts “cage” fighting.

As an unhappy graduate student, Howley wandered from a Des Moines academic conference into a cage match and became entranced, meeting one of two fighters she would follow as a "spacetaker.” As she notes of MMA’s roots in Brazil, “[f]ighting had to be born in the one place where ecstasy remained the organizing principle.” As the narrative progresses, the author becomes strangely possessive of both fighters, documenting their lives in minute detail. Her underdog, Sean, is a journeyman with a deep tolerance for injury and a stolid, sentimental attitude about MMA: “I just like to feel things.” Howley prefers the glitzy dreams of Erik, an insecure, self-indulgent fighter being groomed for nationwide success: “[I]n coming to Milwaukee, [Erik] signaled some readiness to belong in the world of the Big Shows.” The author spent two years pursuing both fighters, describing their tumultuous yet stagnant lives in alternating chapters, and fretting over her tenuous role: "It is not unheard of for a fighter to drop a spacetaker just as brutally as Nietzsche turned on Schopenhauer." The book’s strongest aspect is Howley’s keen observation of every part of the fighters’ hardscrabble milieu—from their complex interpersonal relationships to the sleazy finances that keep the scene going—yet she ultimately views them as vessels for her own ideas. An ambitious writer, Howley’s prose can be perceptive and precisely detailed but also pretentious. Though she strives to present herself as uncondescending in this working-class milieu (unlike her caricatured fellow academics), her constant first-person reveries feel self-congratulatory: “I had by this time filled three notebooks with my observations, and had begun to consider the tradition in which my work of phenomenology would fall. Too bold for conventional academic minds and the nonsmoking, healthy-minded, hidebound thinkers therein.”

An original fusion of topic and stance that will appeal to fans of NPR-style social investigations.