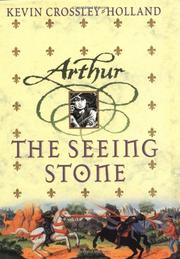 Vol. I of the Arthur Trilogy

In Great Britain, this first volume in a projected Arthurian trilogy was shortlisted for the Whitbread Award, the Guardian Children’s Book Prize, and won the Bronze medal, Smarties Prize. On the level of medieval fantasy, it works very well indeed. The 13-year-old Arthur of this tale lives in the year 1199, the time of Richard Coeur de Lion, at Caldicot, and someone named Merlin also lives within the castle grounds. Merlin has given Arthur a piece of obsidian in which Arthur scries glimpses of another history: of Uther and Gorlois, of Sir Kay and a sword, and of a boy who shares his name and his countenance. He does not know these stories, but he is obsessed with reading and writing, with being named a squire, and with why his older brother hates him so. Arthur is a most engaging companion and a plenitude of historical facts about life in 12th-century England is imparted, but not a whole lot happens. At the end of this doorstopper all we know is that Arthur is not who he seems, nor is Merlin, and that his quest is about to begin. One cannot help but compare it to T.H. White’s Once and Future King, and one might be far more inclined to put that in the hands of youngsters eager for legend. (Fiction. 11-15)