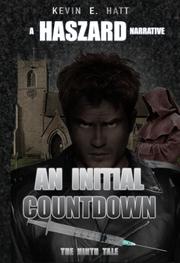 An amateur English sleuth ties a couple of baffling deaths to a religious commune in this ninth outing of a thriller series.

On a rainy November night, a car runs Haszard and his girlfriend Sabrina off the road. The driver doesn’t stop but apparently leaves a second victim: another car in much worse condition than the couple’s. The injured man behind the wheel, whom Haszard learns is Colin Masters, eventually dies. A drug addict who disappeared a year ago, Colin had a trunkful of cannabis and, Haszard surmises, was the unknown driver’s intended target. Even more telling is that Colin lived in Frinton, the same village where local vicar George Ealham burned to death—inside a locked church with no sign of a heat source. Though Haszard works in health care, he often solves mysteries on the side and, at the behest of George’s widow, June, agrees to look into the vicar’s unexplained demise. Haszard somehow links both deaths to a religious commune, which he accordingly scrutinizes with help from Sabrina and their myriad friends. They lock onto a few suspects but unfortunately can’t prevent the discovery of more bodies before the investigation’s over. Whereas earlier books in Hatt’s (The Ambiguity of Guilt, 2017, etc.) series featured a handful of sometimes distracting subplots, the latest is much more focused. Haszard and company examine everything, from exploring how George died (if not spontaneous combustion) to essentially putting the commune under surveillance. The only subplot, in fact, provides relief from the meticulous probe—a friend’s attempt to seduce Haszard understandably prompts drama —and later has unforeseen consequences that may affect the case. Humor is dry and likewise welcome; charming cohort Grace admits once belonging to a cult because she “had a couple of weeks spare” and “thought that it would be an experience.” The killer isn’t a surprise, but the final act, with good guys and gals in peril, is teeming with suspense.

The recurring detective and his delightful band of cronies lead a sharp, absorbing mystery.