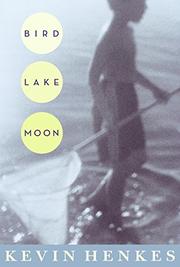 Henkes’s third-person narrative, in alternating chapters, presents the inner lives of Mitch, 12, and Spencer, ten. Over a few summer weeks, each wrestles with family travail in adjacent houses at Bird Lake. Mitch’s father has left the family for a new relationship, and Mitch and his mom retreat to his grandparents’ place to recover. Spencer, whose four-year-old brother drowned in the lake eight years before, returns with his parents and younger sister Lolly. At first, Mitch thinks of the Stone family as intruders—he has fantasized that the house next door could be his and his mom’s—and tries to unnerve them clandestinely. A misguided prank (he secretly unleashes the Stones’ dog and subsequently finds him) weighs heavily on Mitch. Yet, in tandem, the two boys gravitate toward friendship and find, despite their respective psychological distress, a satisfying, if potentially only summer-sized pocket of companionship and play. Through artfully observed details and perfectly pitched dialogue among the boys and clever Lolly, Henkes deftly locates Mitch’s pain and confusion, delivering a novel that’s quiet, nuanced and redemptive. (Fiction. 8-12)