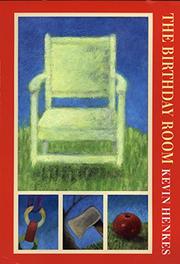 Henkes (Sun and Spoon, 1997, etc.) peoples this oblique tale of a family healing an extended rift with his usual cast of disarming characters. Ben doesn’t remember the shop accident in which he lost a finger ten years before, nor Uncle Ian, his baby-sitter at the time, who dropped out of touch soon afterward; when an invitation from Ian to pay a visit comes out of the blue, Ben is intrigued enough to persuade his still-angry mother to take him. Ian, as it turns out, lives in apple and peach orchards with an expectant wife and neighbors who include lively five-year-old twins Kale and Elka, and their older sister, Lynnie. Sharing baby-sitting duties, Ben and Lynnie hit it off instantly. Amid quiet discussions about blame and guilt the author gives everyone immediate worries; a sonogram shows the baby in a breech position, and, following a casual remark of Ben’s, Kale climbs a tree and then falls, breaking an arm and a leg. The story is constructed of deft characterizations and pleasing, unforced symmetries. Ben’s remorse for being at least indirectly responsible for a child’s injury, of course, echoes Ian’s, but other parallels spin out and curve back toward resolution. It’s a beguiling story, with near tragedies, happy endings, and clear insight into the hearts of adults and children. (Fiction. 10-12)