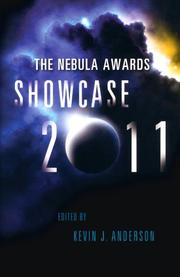 As voted by the Science Fiction and Fantasy Writers of America: 15 stories, three poems and two appreciations, plus listings of all the other awards from 2009—although the year appears to be flexible, since several of the works first appeared in 2008.

The best of a spiffy bunch: Paolo Bacigalupi's novelette "The Gambler," a devastating critique of future journalism and the modern cult of celebrity; to prove it was no fluke, Bacigalupi also grabbed the prize for best novel. Another novelette, Ted Kosmatka's "Divining Light," is a wrenching exploration of the counter-logical domain of probability and quantum theory—and an extraordinarily difficult feat to pull off. Kage Baker's brilliant feminist steampunk "The Women of Nell Gwynne's" won for best novella: a last hurrah from this versatile, uniquely talented and now sorely missed writer (she died in 2010). Elsewhere, Kij Johnson's "Spar" (best short story) describes a human woman and an alien who, literally, absorb one another. Eugie Foster's "Sinner, Baker, Fabulist, Priest; Red Mask, Black Mask, Gentleman, Beast" won for most pointlessly extravagant title—well, no, but it did win best novelette, and imagines a future in which compulsory magical masks tell the wearer who they are and what to do (scholars will note that Jack Vance did it science fictionally nearly 50 years ago). Will McIntosh characterizes his "Bridesicle" as a love story, but it's only that in the last paragraph; the rest is horror. No less worthy contributions come from Saladin Ahmed, Michael A. Burstein, N. K. Jemisin, James Patrick Kelly, Michael Bishop, Richard Bowes, Rachel Swirsky, Neal Barrett Jr.