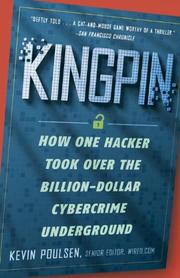 How One Hacker Took Over the Billion-Dollar Cybercrime Underground

Max “Vision” Butler—currently in a federal penitentiary—once sat atop a billion-dollar criminal empire trafficking in stolen credit-card numbers. How he got there and how the authorities finally managed to topple him is a harrowing tale shot through with technology and tragedy.

Butler was a just another American outcast working in Boise, Idaho in the late 1980s when the Internet began to take off. An incredibly gifted computer geek, he caught the gathering cyber wave—and could have ridden it all the way to untold riches. All he had to do was play it straight and use his incredible programming prowess for good instead of evil. Alas, that’s something Butler found harder to do than cracking computer codes. He tried for a while, even becoming a “white hat” cyber-security consultant, but something about the black-market world of online thievery always called him back. In this complex story full of multifaceted machinations both mortal and machine, Wired editor Poulsen successfully sifts through Butler’s many sordid capers. While the author avoids alienating readers who don’t know their bits from their bytes, he also provides enough jargon for technophiles. Even though readers may not exonerate Butler for swindling so many for so long, Poulsen makes them care enough about him to wonder why he kept doing it.