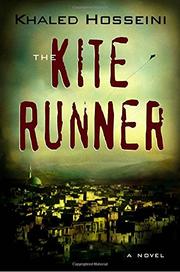 Here’s a real find: a striking debut from an Afghan now living in the US. His passionate story of betrayal and redemption is framed by Afghanistan’s tragic recent past.

Moving back and forth between Afghanistan and California, and spanning almost 40 years, the story begins in Afghanistan in the tranquil 1960s. Our protagonist Amir is a child in Kabul. The most important people in his life are Baba and Hassan. Father Baba is a wealthy Pashtun merchant, a larger-than-life figure, fretting over his bookish weakling of a son (the mother died giving birth); Hassan is his sweet-natured playmate, son of their servant Ali and a Hazara. Pashtuns have always dominated and ridiculed Hazaras, so Amir can’t help teasing Hassan, even though the Hazara staunchly defends him against neighborhood bullies like the “sociopath” Assef. The day, in 1975, when 12-year-old Amir wins the annual kite-fighting tournament is the best and worst of his young life. He bonds with Baba at last but deserts Hassan when the latter is raped by Assef. And it gets worse. With the still-loyal Hassan a constant reminder of his guilt, Amir makes life impossible for him and Ali, ultimately forcing them to leave town. Fast forward to the Russian occupation, flight to America, life in the Afghan exile community in the Bay Area. Amir becomes a writer and marries a beautiful Afghan; Baba dies of cancer. Then, in 2001, the past comes roaring back. Rahim, Baba’s old business partner who knows all about Amir’s transgressions, calls from Pakistan. Hassan has been executed by the Taliban; his son, Sohrab, must be rescued. Will Amir wipe the slate clean? So he returns to the hell of Taliban-ruled Afghanistan and reclaims Sohrab from a Taliban leader (none other than Assef) after a terrifying showdown. Amir brings the traumatized child back to California and a bittersweet ending.

Rather than settle for a coming-of-age or travails-of-immigrants story, Hosseini has folded them both into this searing spectacle of hard-won personal salvation. All this, and a rich slice of Afghan culture too: irresistible.