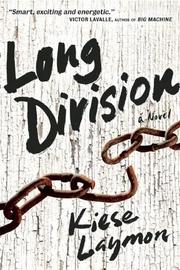 A novel within a novel—hilarious, moving and occasionally dizzying.

Citoyen “City” Coldson is a 14-year-old wunderkind when it comes to crafting sentences. In fact, his only rival is his classmate LaVander Peeler. Although the two don’t get along, they’ve qualified to appear on the national finals of the contest "Can You Use That Word in a Sentence," and each is determined to win. Unfortunately, on the nationally televised show, City is given the word “niggardly” and, to say the least, does not provide a “correct, appropriate or dynamic usage” of the word as the rules require. LaVander similarly blows his chance with the word “chitterlings,” so both are humiliated, City the more so since his appearance is available to all on YouTube. This leads to a confrontation with his grandmother, alas for City, “the greatest whupper in the history of Mississippi whuppings.” Meanwhile, the principal at City’s school has given him a book entitled Long Division. When City begins to read this, he discovers that the main character is named City Coldson, and he’s in love with a Shalaya Crump...but this is in 1985, and the contest finals occurred in 2013. (Laymon is nothing if not contemporary.) A girl named Baize Shephard also appears in the novel City is reading, though in 2013, she has mysteriously disappeared a few weeks before City’s humiliation. Laymon cleverly interweaves his narrative threads and connects characters in surprising and seemingly impossible ways.

Laymon moves us dazzlingly (and sometimes bewilderingly) from 1964 to 1985 to 2013 and incorporates themes of prejudice, confusion and love rooted in an emphatically post-Katrina world.