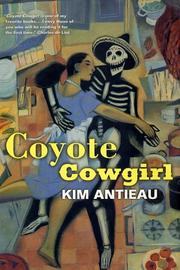 Antieau again trips the light fantastic as in The Jigsaw Woman (1996), in which Victor, from three corpses, assembled a woman who was lifted to goddesshood.

Jeanne Les Flambeaux, who hears voices much as did her namesake Jeanne d’Arc, is the daughter of southwestern restaurateurs who offer a mixed French/Mexican cuisine at their Scottsdale eatery Oui and Si. Generations of Flambeaux have owned a prized and priceless ruby scepter and a crystal skull (whose talks with Jeanne she alone can hear). During a Day of the Dead celebration just before her parents, Jacques and Anita, close the restaurant and leave on a Hawaiian vacation, Jeanne’s lover/cousin Johnny, a gambler, steals the scepter from the safe after a night of love. Jeanne takes off for Las Vegas with the talking skull (it has vibes for the scepter), looking for Johnny, who is dangerously in debt. What does he mean to do with the scepter? The very old skull, meanwhile, carries on witty conversations with Jeanne as it displays its long view of history. Once in Vegas, Jeanne—by forced coincidence—finds Johnny in her hallway. He says his mother has the scepter, and she’s staying out of town. But when they visit the mother, he finally admits that he lost the scepter in a poker game. When Jeanne drives off, her car breaks down—coincidentally—in the driveway of Bear Morrison, an old family friend who has built a temple in his backyard to the Egyptian goddess Sekhmet, Madre del Mundo, the Virgin of Guadalupe, and other goddesses. Meanwhile, WIJ (as the moviemakers call “Women In Jeopardy”) are disappearing throughout the Southwest, and the police and FBI are at a loss. Pursuit of the scepter takes Jeanne to Kitts Peak and on to Arizona cults and even has her flying like Carlos Castaneda, with other splashes of magic-realism, before she learns the real truth about her parents—and the scepter.