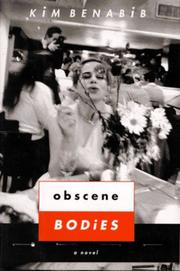 An assured debut that blends satire of the Manhattan art world with a minor-key morality tale of an art historian seduced by Soho. Stuart Finley, an assistant curator at the Metropolitan Museum at the tender age of 28, is smug in his role as protÇgÇ of an esteemed Old Masters expert. When he meets Claire, an assistant from Sotheby's whom he's seen and admired around town, he invites her for a behind-the-scenes tour of the museum; she brings her Rollerblades and spins around the Temple of Dendur. But the blossoming flirtation is marred by one question: What's her relationship to the much-hyped painter Miles Levy? Stuart dines with the painter, and prissily defends the concept of connoisseurship while worrying about Miles's arm around his new lover's waist. It turns out that Claire lives with the artist, but she promises that they're no longer involved. Soon Stuart is hanging with the gang at Miles's loft and watching David Lieberthal, Miles's dealer, dazzle Silicon Valley poseurs into paying six figures for Miles's insipid work. One night during a post-coital interlude in Claire's room, Stuart hears shouting and is the accidental witness to a confrontation between Miles and his assistant that ends with the assistant's death. Stuart gets sucked up in the damage control. Then Stuart's mentor dies and is posthumously implicated in WW II art thefts. It's not long before Stuart takes Miles's advice to ``quit resisting'' and trades in the clubby confines of the Met for the clothes allowance that comes with a job at David Lieberthal's gallery. What elevates these busy goings-on above the realm of soap-opera is Stuart's appealing complexity: He retains some of his tortured self-consciousness even as he descends down the slippery slope into terminal fabulousness. Gentle but on-target satire, then, buttressed by Benabib's copious and clearheaded knowledge of the world he portrays.