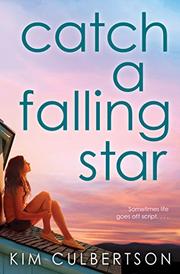 When a movie company comes to shoot in a picturesque California town, the movie star’s manager pays a local girl to pose as the star’s girlfriend in this heartfelt romance.

Seventeen-year-old Carter happily works in her family’s small cafe in Little, Calif. Although she’s a talented dancer, she has no ambition to leave her beautiful town, and she certainly doesn’t care about movie stars. Carter’s brother, John, has become a compulsive gambler, plunging the family into debt, so despite her disdain for Hollywood, Carter can’t resist the large sum of money troubled teen star Adam Jakes’ manager offers her. Naturally, as they spend time together on their mock dates, Carter begins to fall for Adam, who turns out to be a nice guy despite his drop-dead-handsome looks and Hollywood background. As an actor familiar with the trials of artists, he gives her some insight into the reasons she stopped dancing. Meanwhile, Carter’s star-struck good friends, who don’t know about the ruse, struggle to understand her emotions and actions as they gaze on stars in the night sky, with one friend writing a stargazing blog that integrates Carter’s experiences with both types of stars. Culbertson writes with sensitivity and sympathy, crafting an entertaining but perceptive character study.

Written with a sure hand and keen insight.