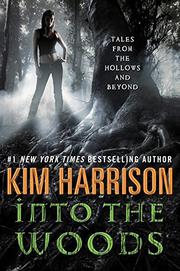 Harrison is known for her urban-fantasy novels, beginning with 2004’s Dead Witch Walking. Largely set in an alternate version of present-day Cincinnati some 40 years after a horrific plague, her Hollows setting features witches, werewolves, demons and vampires, among other supernatural characters. This new collection, which Harrison dedicates “[t]o the readers,” brings together Harrison’s previously published Hollows short fiction going back several years, as well as a new Hollows novella and four stories set outside the Hollows universe. Though a few of the stories feature Harrison’s main protagonist, the tough bounty hunter and witch Rachel Morgan, several give supporting characters a shot at the limelight. For example, in the previously unpublished “Million Dollar Baby,” she tells the story of an adventure that the elf Trent Kalamack and the pixy Jenks undertook in Seattle during the time frame of the 2011 novel Pale Demon, while the relatively brief story “The Bespelled,” first published as a bonus with the 2008 mass-market edition of The Outlaw Demon Wails, centers on the demon Algaliarept. Other stories feature vampires and dryads in non-Hollows settings. Though most of the stories here were written for one-off anthologies, all are solid urban-fantasy tales, and her fans will find much to appreciate. Harrison also helpfully supplies brief introductions for each story, providing context for each, as well as background detail into each story’s creation.

A comprehensive and well-constructed collection, sure to be welcomed by Harrison’s fans.